Demand for real estate in Mtatsminda is growing, which is influenced by, among other factors, the situation in the rental market. The interest towards Mtasminda among foreign visitors and foreign citizens who have come to work in our country is noticeable, which makes the residential real estate here even more valuable on the ground.

In addition, the high demand for real estate on Mtatsminda is due to the proximity to the historical part of Tbilisi and the main recreational zones, tourist facilities, some of which are located in or near the capital, as well as transport flexibility.

As for 2021, according to Geostat, the highest price per square meter in newly built residential buildings - 4, 236 GEL - is observed on Mtatsminda. Consequently, the rental cost is also high, which allows for a quick return of the amount paid.

Due to the high demand for Mtatsminda, the area started to develop in a completely new way. More specifically, a complex of individual houses and flats "Simetria Park" is being built on an area of ​​20,000 square meters in Okrokana, which fits organically into the architecture of the district. The new housing and investment project is an 8-minute walk from Freedom Square and a 3-minute walk from the Botanical Garden and Mtatsminda Park. It is also connected to the Turtle Lake Hiking Trail.

The cost of the residential complex is 45 million GEL, most of which is foreign direct investment, and part - bank capital, which guarantees its completion on time. The project is implemented by the development company "Simetria", according to which, the value of real estate purchased in "Simetria Park" can be returned in about 10 years, and you will get back 10% annually (data are calculated based on the sale and rental price in the real estate market).

The real estate sale and rental service purchased in "Simetria Park" is provided by the Georgian representative of the international real estate broker company "Remax Group" - "Remax Capital". According to the founder of the company, Mariam Asatiani, even during the so-called lockdown period, when the number of transactions was significantly reduced, the demand for Mtatsminda remained unchanged.

"A closed residential complex is a justified investment, because with the development of the capital and the increase in demand for private houses, their value will also increase. This is evidenced by the reality created by the pandemic, when the importance of one's own home and yard has increased even more, both in our country and in the world in general. This process has further accelerated the development of private settlements. At the same time, if the complex is located in one of the central districts of Tbilisi and has good views, it is possible to get back the money invested in it faster,” Mariam Asatiani explained.

The main construction works of "Simetria Park" have been completed, and there is only one year left to bring it to the final stage. Sales of apartments and houses in the complex have already started and the company offers interesting conditions to those interested. Those interested can fill in the application form, after which the company representative will contact you and give you the details in person. 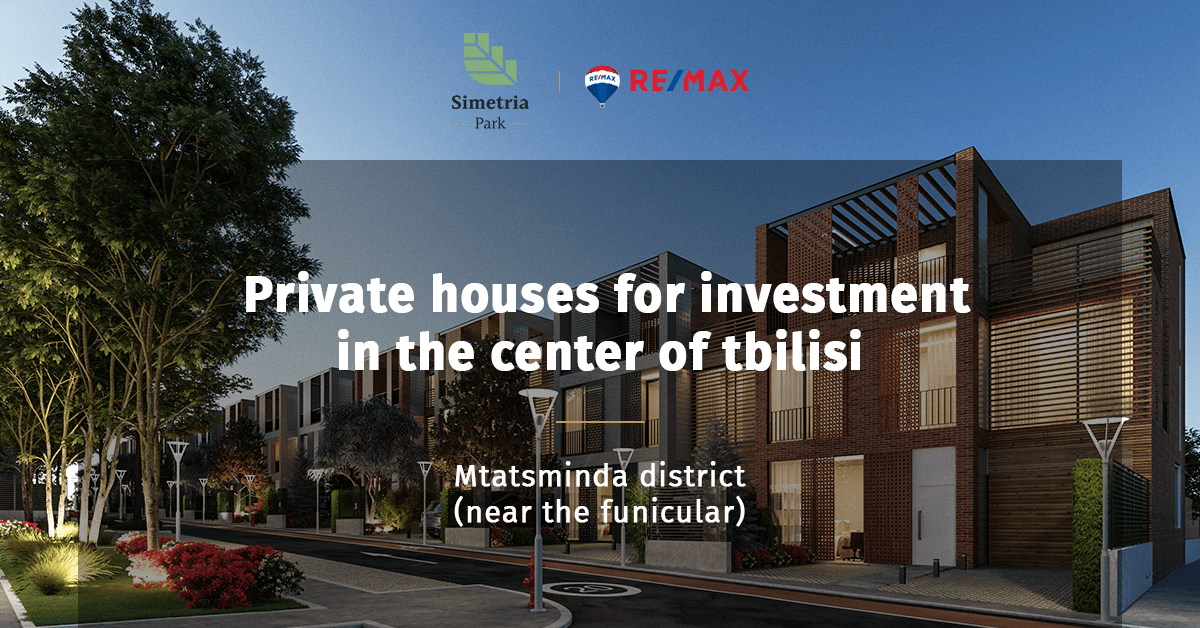